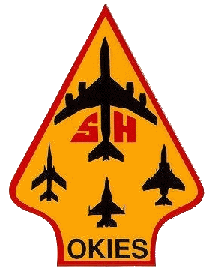 During the 2005 Base Realignment and Closure and Total Force Integration process, the 507th ARW was selected to become the first Air Force Reserve unit to serve as a host wing for an associate Air National Guard wing. Aircrew and maintenance members from Oklahoma's 137th Wing transitioned from C-130 aircraft and are currently serving as equal partners with the 507th.

Under the associate wing concept, the Air Force Reserve and 507th ARW retain operational control of the assigned 12 KC-135R aircraft while the members of the 137th ARW help fly and maintain those aircraft. This Guard/Reserve Associate Wing experiment ended after ten years when the 137 ARW flew their last KC135R flight with the 507th in July 2015 as they began converting to the MC12W Liberty ISR (Intelligence - Surveilance - Reconnaissance) aircraft operating out of their old home at Will Rogers Airport in Oklahoma City, Oklahoma.

The 507th ARW is also one of the more diverse Air Force Reserve units in existence. Wing full- and part-time reservists fly the Bombardier "Challenger 601" aircraft in concert with active duty and the Federal Aviation Administration (FAA) inspecting and certifying military NAVAIDS around the world. The wing's newest unit is a rapid deployment, combat communications squadron, one of only two in the Air Force Reserve Command. The 507th also serves as the support backbone for the 513th Air Control Group, the Air Force Reserve's only associate E-3 Sentry Airborne and Warning Control System. Expeditionary medical support rounds out the wing to make it one of the Reserve Command's most valuable assets.

In 1994, the 507th converted to its current KC-135R "Stratotanker" aerial refueling mission. In 1995, the 507th was a driving force in the creation and activation of the 513th Air Control Group (ACG), an Air Force Reserve Airborne Warning and Control Systems associate unit at Tinker AFB.

In 1997 the 513th ACG became a direct reporting unit to the Air Force Reserve's Tenth Air Force and Air Combat Command with the 507th continuing to provide peacetime personnel and support functions for that organization. The wing's major subordinate units are described below.

The 1st Aviation Standards Flight (1st ASF) represents a unique mission for the 507th Operations Group and the Air Force Reserve. This unit, working in tandem with the Federal Aviation Administration (FAA), performs flight inspections of navigational-aid radar and instrument procedures at military and civilian installations in the United States and overseas. The flight operates from Will Rogers International World Airport, Oklahoma City, and augments the Air Force Flight Standards Agency Detachment 1, the on-site active duty unit. The 1st ASF consists of approximately 23 people and is attached to the 507th ARW for administrative support. They fly and help maintain the FAA's Bombardier "Challenger 601".

The 507th Aircraft Maintenance Squadron is responsible for directing all organizational level maintenance and generation of aircraft.

The 507th Security Forces Squadron is tasked to provide air base ground defense and to protect weapon systems and support personnel. The squadron's Combat Arms Training Section trains wing personnel in the use of small arms.

The 507th Logistic Readiness Squadron carries out all other logistics staff functions, including those pertaining to transportation, supply, contracting, fuels, maintenance training, and plans.

The 35th Combat Communications Squadron reports to Space Command when activated. Squadron members can be rapidly deployed anywhere in the world to set up, from scratch, a Theater Air Base to include satellite communications, telephone switching bands, and base computer networks. They can perform setup, operation, and maintenance of voice and data communications systems essential to wing operations to include all manner of radio, telephones, teletype, and computer systems.

The 507th Force Support Squadron provides personnel management and services support such as lodging, fitness, protocol, food, recreation and mortuary affairs, to the entire 507th ARW and the 513th ACG.

The 507th Communications Flight is a consolidation of the Wing's Knowledge Operations, unit telecommunications, radio systems, and small computer support (software installation and trouble shooting) functions into one organization.

507th Medical Squadron
The 507th ARW has its own medical squadron which monitors the medical, dental and mental health of all the members of the 507th as well as the personnel of the 513th ACG. Maintaining processes and records for annual physical and dental assessments, currency in immunizations and monitoring occupational environments are a major focus. Other program responsibilities include training initial first aid care, CPR, mask fit testing, and heightening awareness of suicide and its prevention. The medical squadron is based at and integrate with the staff at the Tinker Base Hospital and if mobilized are trained to support a fixed site or mobile field hospital. 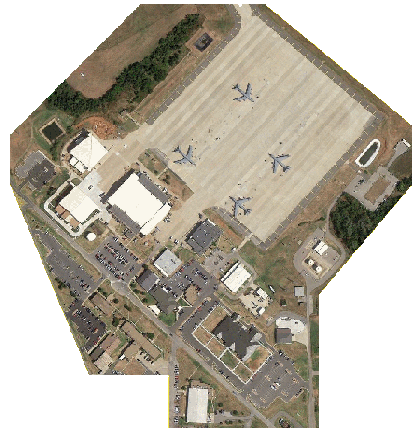